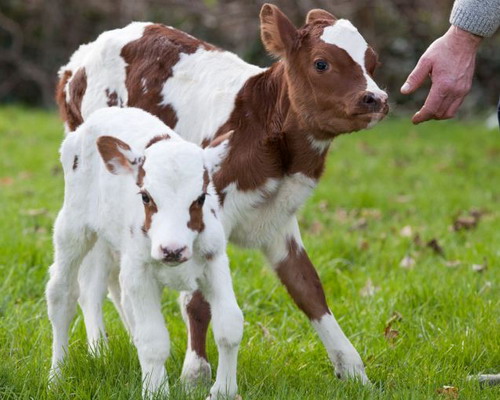 Numerous academic studies and researches on Monochloride Iodine actions have not yet been terminated. Different experimrnts just confirm highest degree of preparation effectiveness and its generality. Following experiment was carried out by All-Russian Scientific Research Veterinary Institute for pathologies, pharmacology and therapies members.

The experiment dealt with the calves safety increasing by means of Monochloride Iodine.

According to the application instructions, enameled bottles were used for the aerosol synthesis. Blend of Monochloride Iodine and aluminum wire were put into the bottles at the ratio 20:1. Meanwhile, capacity volume of the bottle was approximately three times more than preparation volume. If these conditions were not met, the reaction is not passing on properly: either it doesn't come till the end, or it comes too rapidly leading the releases of unburned Monochloride Iodine. All of this significantly reduce Monochloride Iodine concentration in the sanitized premises' air.

On that occasion two clinical groups of young healthy calves aged 1 or 2 months were created. First group included 42 heads, and in case of transfer from calf prophylactorium to calf house, they were undergone treatment by Monochloride Iodine aerosol at the rate of 3 ml / m3 of air. The first group were treated for 3 days in a row with a break of 2 days.

The second group was the monitoring and it wasn't undergone by any preventive treatment.

Diagnostics of diseases were performed on the basis of epizootological, clinical, anatomicopathological, hematological, and biochemical researches. Clinical observation, including accounting illness frequency and body weight gain was performed throughout the month.

All the results are shown in the table below:

Despite the high animal diseases level, which amounted to about 50%, prophylactic usage of Monochloride Iodine significantly reduces the number of calves bronchopneumonia diseases about in 2 times as well as increases average daily mass weight gain at the average rate of 64 grammes.