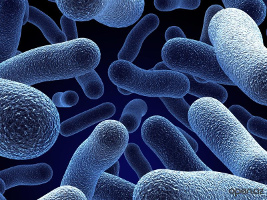 Since its appearance at the market, Monochloride Iodine remains one of the most effective disinfection means. Its structure had been created by Joint-stock company factory «Veterinary medicines» staff in the town of Gus-Khrustalny. The structure contains iodine, iodide and iodate potassium as well as hydrochloric acid and water.

Preparation properties have a broad spectrum of antimicrobial action. The preparation is active against Gram-positive and Gram-negative bacteria, including Mycobacterium tuberculosis, as well as viruses and fungi, spores of anaerobic bacteria, coccidia oocysts, eggs of some helminths.

Monochloride Iodine is produced packaged in semi-transparent containers as a clear orange-yellow liquid. Only high-quality and certified raw materials as well as high tech production line are used in production. One hundred percent quality of our production is guaranteed so and in no other way.

Monochloride Iodine doesn't require prewash of premises as long as hydrochloric acid included in its structure, lyses all the protein compounds and provide a contact of disinfectant with pathogen microorganisms even on severely contaminated surfaces. In cases of African swine fever or anthrax, preparation efficiency leaves no doubt that: it dissolves composite shell of sources of diseases bacterias spores. Unfortunately, only few preparations in the market can do it. Suitable pharmaceutical form allows to use the mean for the processing of large farm enterprises as well as the small private households.

Recent years, foreign-made medical products, which have similar disinfectant features, started to implement on the domestic market. However, Monochloride Iodine has leading positions among other means and worthily competes with them already for 50 years. Increasingly greater number of veterinarians gives preference precisely to the domestically produced preparation.