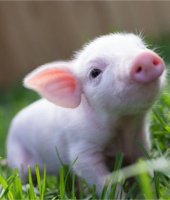 It is well known that besides antimicrobial activity iodine-containing preparations mainly trigger reflexive expectorant effect, speeding pathological mucus evacuation up. In the book "Aerosols in veterinarian medicine" written by V.S. Iarnykh in 1972, it is indicated about triethylene glycol high activity against different kinds of bacterias and viruses, including staphylococcus, pneumococcus and many other viruses.

Iodine triethylene glycol is used for the treatment of respiratory diseases of poultry.

Aerosol spraying technique, which allows to process the greater animal concentration premises without significant workforce inputs is one of the most promising methods of Iodine triethylene usage. Thereby, drug consumption for one processing track reduces in several times. Comparing with traditional processing methods, labor input of work to be performed also reduces. The costs involved in drug consumption for aerosol production are fully covered due to safety increasing, weight gain and final accretion of young stock.

Experience shows that antimicrobial preparations in aerosol form can be used at all technological steps from the first days of chick's life and respectively from the first or second month of prenursery pig's life.

Antimicrobial preparations in aerosol form are absorbed through the lungs, alveolar surfaces of which are easy permeable, especially for micro-atomized and gaseous substances.

Having analyzed respiratory swine diseases, B.G. Orliankin and others (2006) announce that most of the time, the diseases take place as mixed viral and bacterial infections. Comprehensive vaccines are required for its prevention.

Agreeing to this approach for the problem, we believe that, above all else, it is effectually to recommend aerosol processing of swine young stock with Iodine triethylene glycol.

Aerosol spraying technique, which allows to process the greater animal concentration premises is one of the methods of Iodine triethylene glycol usage.

High-level preparation efficiency was identified in further experiments in production Iodine triethylene glycol usage in cases of respiratory diseases of pigs. The experiments were conducted in different households in Bashkiria, Udmurtia, Vladimir and Volgograd Regions. The preparation was used in animal presence in 50% concentration in a dose of 2.0 ml/1 m3 at 30 minutes of exposure.

The preparation was sprayed by aerosol generators when ventilation is off in three day cycles with an interval of 2-3 days 3-4 cycles in total in different age period depending on the time of disease. Cough, stunting and food refusal of pigs were indicated before the usage of Iodine triethylene glycol. Mortality level amounted to 25%. Illness frequency of pigs significantly declined and mortality level was reduced by 15% after the usage of Iodine triethylene glycol.

Conclusion. Iodine triethylene glycol has clearly expressed health-promoting benefits in the cases of respiratory diseases in pigs and poultry.